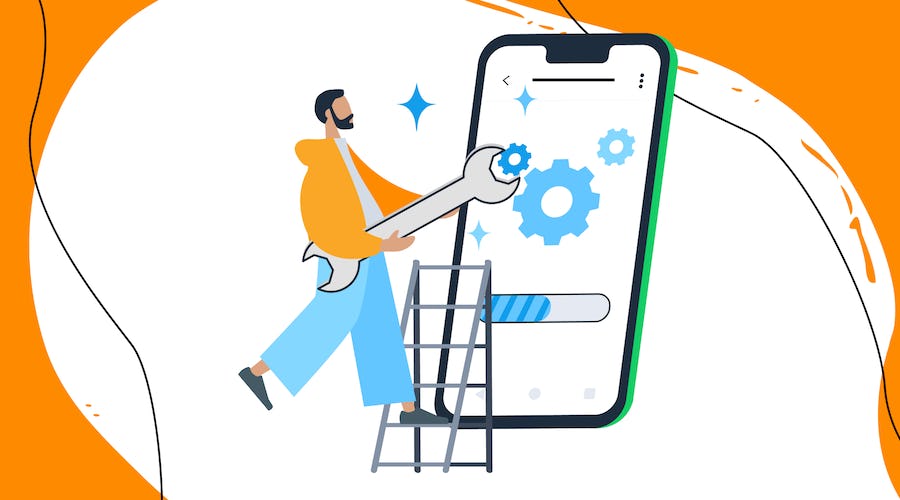 TAMU's School of Innovation came to Inventive for help in replacing their existing student app, MaroonBase.

Year after year, we see innovative higher education institutions radically transform their campus experience with personalized and engaging digital apps that connect their users while helping them succeed.

Texas A&M University (TAMU) is one of those institutions at the forefront of that innovative thinking.

MaroonBase was initially created as a way for Aggies to take advantage of resources and on-campus experiences in order to help them increase their academic excellence, creativity, leadership, and entrepreneurship. The original MaroonBase app was very basic scheduling platform. Its capabilities were sufficient enough but its overall design and user experience didn't quite fit what TAMU needed.

TAMU identified the following needs in order order for the new app to provide an even more positive and robust experience for their students:

Enter in: Our Inventive team of innovative and dedicated engineers who were itching at the opportunity to create something amazing, taking what TAMU had built and redesigning it in a way that was customized to fit all of their needs.

And that's exactly what they did.

We completed the redesign of the MaroonBase mobile app in two major development phases:

Phase 1: Creation of a WordPress plugin that would talk to a custom backend.

Phase 2: Development of that custom backend, an administration control panel, and the mobile app itself.

For our primary tech stack, our Inventive engineers used a combination of MongoDB, Express, React, and Node (MERN), along with Flutter for the development of the mobile app itself.

Our goal was to create a custom-built app that addressed each of the concerns TAMU had about its existing platform. Our redesign efforts allowed for a more efficient and streamlined user experience that was distinctly TAMU, and also provided a way for students, staff, and faculty to maintain and exceed the level of connectedness and community that the app was originally intended to do.

Functionality, ease of use, and the seamless adoption of the app into an Aggie’s everyday routine were key.

Some of the features our team developed include the following:

We also included features within the app that specifically spoke to the user experience like:

Inventive knew how important this custom mobile app redesign was for TAMU students and the greater university community. As a result, our team of developers came together to build a scalable solution quickly and efficiently, not only meeting the needs and wants of TAMU but exceeding them.

The MaroonBase Resource Guide is an online database of opportunities for anyone to help build their innovative, entrepreneurial, professional, and creative skill sets. This guide lists events and resources available to TAMU students, faculty, and community members, or events that are only accessible to one of those groups.

The MaroonBase Student App, available to all students at TAMU, features local events and spaces relating to fundamental I-School values such as creativity, leadership, and entrepreneurship. Students earn points for participating in these experiences, which are redeemable for monetary prizes deposited straight into their student account via a simple and easy-to-use point collection and distribution system built into the app.

In just a little over two months, Inventive completed the redesign of TAMU’s MaroonBase Student App, creating an easy-to-use, trendy, fun, and invaluable mobile experience for all students. On January 15, 2020, the new app was rolled out to students, faculty, and staff with overwhelming success.

The redesigned mobile platform was custom-built to TAMU’s specific needs. The new app completely eliminated the recurring cost the university was subjected to, improving student accessibility and allowing for the platform to pay for itself quickly as the userbase grows. As of September 2021, the new MaroonBase app has surpassed the number of its users by 2,200 and continues to grow at an impressive rate of 300–400 new users per month.

The Inventive team also ensured that the new app was uniquely TAMU. We closely followed and adhered to TAMU brand guidelines including colors, logos, and naming structures which made it easier to find in the app store while maximizing visibility and viral adoption opportunities.

With tens of thousands of eyes on this product, the Inventive team recognized this as an opportunity to cross-promote with campus businesses. The redesigned app was built to allow ad space, offer deals at campus establishments to attendees, incorporate frequent purchase plans within the app, and it even has the option for students to use the app as a campus currency.

One of the greatest attributes of the new MaroonBase Student App is that the entire system can be managed in one, easy-to-use web portal. Other TAMU schools (beyond the I-School) are now able to use this new system which has helped to accelerate its adoption. Other valuable features that were implemented include designating the mobile app as the primary interface for interacting at university events. Students who have earned the most points are recognized via the leaderboard on the website, creating another incentive for users. 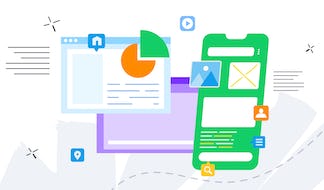